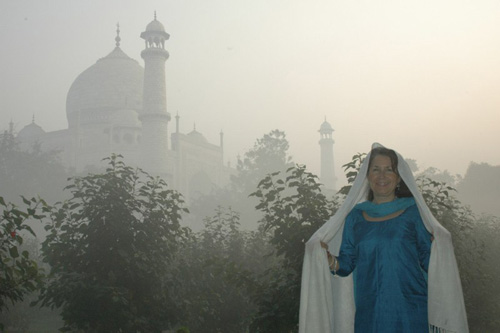 My journey on the path of yoga began unexpectedly in 1971 when a friend’s enthusiastic invitation brought me to a local yoga class in Bethlehem Pennsylvania where I lived at the time. Since I don’’t remember much about the instructor, or about the class itself, I can only imagine how much my awareness and understanding of mySelf has grown throughout this time. I do know I felt some deep connection with yoga and that relationship has continued to grow.

After the classes finished, I continued to practice what I remembered. Within a few years(1972 or 73), I took another series of classes with some of the Swamis from the Kripalu ashram in Sumneytown, Pennsylvania who would offer classes in my town. This was even more of a taste of the rich tradition of yoga.

I continued to practice on my own. Yoga was such a complement to my natural chosen lifestyle, which included a vegetarian diet, organic gardening and country living. In addition, my natural inclination toward spirituality and eastern thought were initiated with a college philosophy class I took, which I loved. 2 books I read at that time really spoke to me: The Book On The Taboo Against Knowing Who You Really Are by Alan Watts, and Be Here Now by Baba Ram Das. I was hooked!

By 1976, I had my first child, so yoga was a great practice that helped me find balance throughout the pregnancy as well as afterward. I often practiced with Lilias’ show on public TV in my living room with my little one on a blanket on the floor next to me. He practiced too, doing cobra and pose of a child! By 1980, our daughter arrived (born at home). Practice was catch as catch can, but a life saver at times.

We moved to Washington County in 1982 and I continued practicing. My youngest son was born in 1985 in the home in which we still live. I still found so much comfort in my yoga practice. I also began a dedicated meditation practice in 1987, which I continue to this day. I started to wonder what I might do in the world as my children grew more independent. I began taking classes with Kay Lampard in Hagerstown in the early 90s. She was a great teacher. I think my enthusiasm for yoga was showing, as she invited me to go to workshops with her. As time went on and she took time away from teaching to travel, she asked me to substitute teach for her. I did this for 1 month in 1994 (I believe) and loved it so much, I realized I wanted to get a teacher training certification. That summer I took a 32 hour training and realized it was just the beginning of much more study. Later that year I also began and completed a 6 month training at the Yoga Center in Columbia, which culminated with a week end workshop with John Friend. From the first class with him, I knew I had met a special teacher. I began to study with him, traveling to Washington, DC, New York City, and as far as Utah (9 times). Although he had studied many forms of hatha yoga and yoga philosophy from the time he was 13 years old, and also become a certified Iyengar teacher, he coalesced his knowledge and experience into his unique method of teaching and named it Anusara, which means to be in the flow of grace, to follow your heart. Through my sustained effort in attending John’s classes, workshops, teacher trainings, therapy trainings and retreats, I accumulated enough hours to apply for certification. In 1999, I believe I was the 7th person to receive the Anusara Certification. There are now over 100 Certified Teachers. It is a rigorous program, requiring a great investment in oneself and one’s time, and also much dedication and discipline. The process offers the student the opportunity to ripen their understanding of the depth of the yoga experience. In addition, I also received my certifcation in Phoenix Rising Yoga Therapy, and Yoga and Ayurveda, as well as a Certification with Shiva Rea. 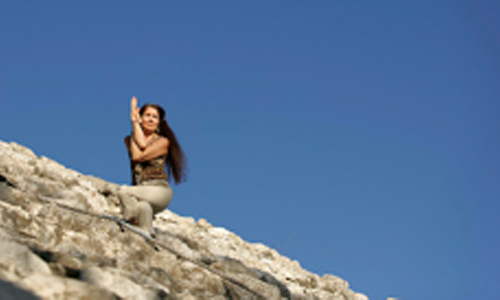 I have been fortunate to attend many conferences and workshops and study with amazing teachers. Among those are: Shiva Rea, Richard Freeman, Dona Holleman, Eric Schiffman, Rodney Yee, Tias Little, Rod Stryker, Richard Miller, Judith Lasater, Donna Farhi, Douglas Brooks, Jamie Allison, Betheyla, Suzie Hurley, Doug Keller, Betsy Downing, Moses Brown, Desiree Rumbaugh, Swami Gurudevananda, Gurumayi, Shantimayi, and many more I may not be remembering at this moment. I hope in some way I reflect the light and wisdom they have shared with me.
It is such a gift to travel this path of yoga, as well as to share the gifts of the practice with others. Aside from teaching local classes, I have been blessed to offer programs in the Bahamas, Kentucky, and Mexico. I hope to continue to share yoga in amazing locations around the world. I have also been blessed to make a pilgrimage to India in 2005 with Suzie Hurley, her daughter Katie and a group of about 30. It was beyond words – to experience a place like no other I have ever been to. From Delhi to Rishikesh to Laxman Jhula, to Agra and the Taj Mahal, the scenes and the people are etched into my mind. The sights, smells, sounds, tastes are not ever to be forgotten.

I also have and continue to offer my time for local organizations for the disadvantaged as well as those in need. I have also given programs in the school system for children as well as teachers. I believe it is important to share the amazing riches of yoga to as wide an audience as possible.

So, as I continue to journey on this path, I am grateful for all the gifts I have received from the rich tradition of yoga and hope to continue to share it with you. 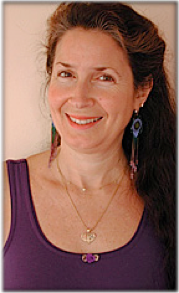